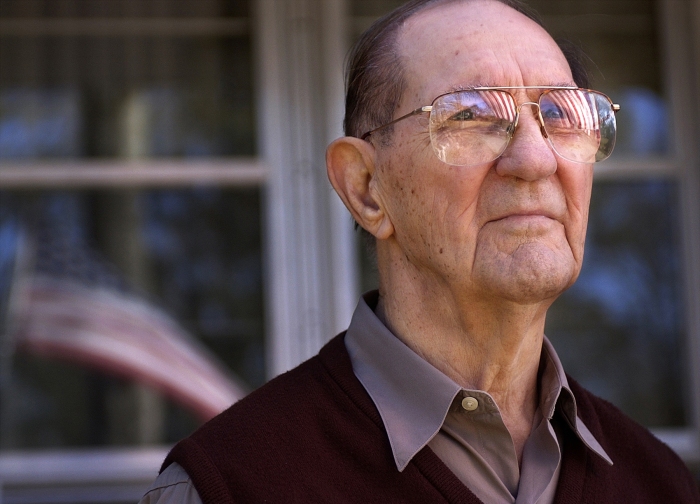 When the USS Arizona was sunk at Pearl Harbor, killing 1,103 American servicemen, it shook the entire world. When 863 perished with the sinking of the USS Indianapolis in 1945, the nation was outraged.

When 1,015 died in 1943 with the sinking of the HMT Rohna in the Mediterranean, few knew. Seven decades later, not much has changed.

Tom Hollimon is an exception. The Baton Rouge, Louisiana, resident survived the second worst naval incident involving Americans in World War II. He understands why so few have ever heard of it.

“They said it was hush-hush,” said Hollimon. “We didn’t talk about it.”

END_OF_DOCUMENT_TOKEN_TO_BE_REPLACED

Shortly after America’s entry into World War II, when German submarines were sinking American merchant vessels at a frightening rate in the Atlantic Ocean, Bob Talley was far from that action — and, he thought, about to get farther.

A U.S. Navy gunner, Talley was aboard a troop ship about to sail from San Francisco to Australia. But, an hour before it lifted anchor, Talley was ordered ashore. He stood on the pier and watched the ship leave.

“We were in San Francisco having a time,” Talley said. “We felt sorry for those fellows on the East Coast. Those subs were knocking them off one a week over there.

“All of a sudden, we woke up one morning and got orders to report to New York City.”

Those orders led Talley directly into the U-boat war in the Atlantic and to an ordeal that all mariners dread.