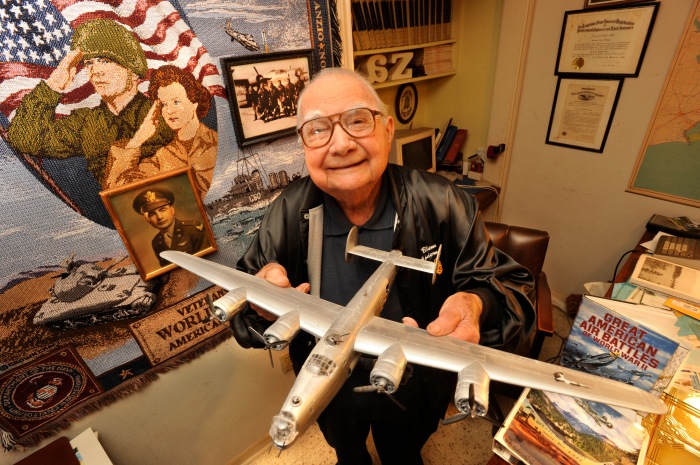 Hudson, a longtime Central resident who turned 100 on Jan. 26, didn’t get through the war unscathed. Shot down over Germany, he was wounded by rifle fire and spent seven months as a prisoner of war.

But, brushes with death were part of Hudson’s entire war experience, even before he faced the enemy.

END_OF_DOCUMENT_TOKEN_TO_BE_REPLACED 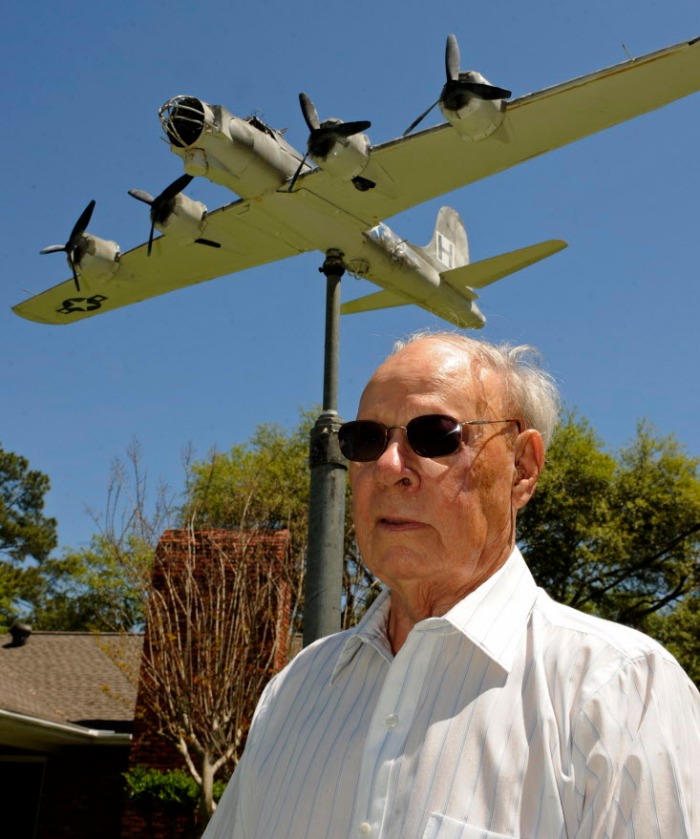 Charles McGowan kept a B-17 wind indicator in his back yard. (Photo used by permission of The Advocate, Baton Rouge, Louisiana)

From an exclusively visual perspective, Charles “Chub” McGowan had the best seat during the air war over Germany late in World War II.

Sightseeing, however, wasn’t on the agenda.

McGowan, a Pennsylvania native and Baton Rouge resident since 1969, was a ball turret gunner from late July 1944 to late February 1945, when the crew of the B-17 bomber called “Patty Jo” completed their 35th mission, earning them that rare blessing of being sent back to the United States for the rest of the war. With thousands of airmen killed or captured, those completing a full tour of duty earned membership in the “Lucky Bastard Club.”

None of them probably felt luckier than the ball turret gunner.

END_OF_DOCUMENT_TOKEN_TO_BE_REPLACED

Don Menard shows a letter and gifts he received in 2004 from Vasily Bezugly, a Soviet soldier who helped liberate Menard at Stalag Luft 1 near the end of World War II in Europe. (Photo used by permission of The Advocate, Baton Rouge, Louisiana.)

After leaving a prisoner of war camp near the end of World War II, Don Menard never expected he’d get to know any of the Soviet soldiers who liberated him.

Yet, several years, that is exactly what he was able to do.

In 2001, Menard began corresponding with Vasily Bezugly, part of the Soviet force that liberated Stalag Luft 1 in Barth, Germany, on May 2, 1945, just days before Germany’s surrender ended the war.

END_OF_DOCUMENT_TOKEN_TO_BE_REPLACED 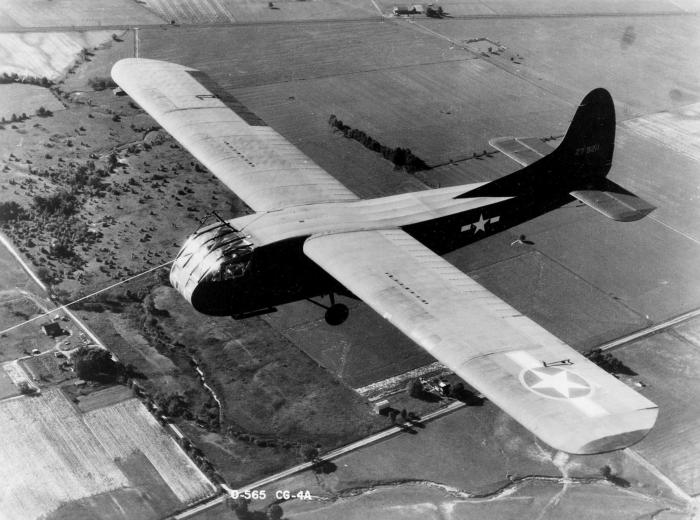 Less well known is another group of combat aviators — glider pilots. Yet, they were part of some of the war’s biggest, most dangerous missions.

“A bunch of us are lucky guys to be here,” said W.T. Owens of Baton Rouge in advance of a reunion of about 100 other World War II glider pilots.

END_OF_DOCUMENT_TOKEN_TO_BE_REPLACED

But for a miscommunication, Nolan “Country” Ruiz, of Plaquemine, Louisiana, might have been among the World War II B-17 crews who completed 25 bombing missions and earned a ticket home. That happened so rarely that those who accomplished it were declared members of the “Lucky Bastards Club.”

No one could call Ruiz’s last mission lucky — nor what happened after that.

Ruiz was shot down on March 4, 1944, in the war’s first daylight bombing attack on Germany’s capital, Berlin, and spent the next 14 months as a prisoner of war. Only 11 of those months, however, were in a prison camp.

Instead, he was among several thousand POWs who were marched for 86 consecutive days during a brutal winter before finally being liberated on April 26, 1945. That forced march is not well known except by those forced to endure it.

“It was terrible,” Ruiz said.

END_OF_DOCUMENT_TOKEN_TO_BE_REPLACED

As the United States neared its entry into World War II, the world wondered whether England would fall to German bombs or the Soviet Union would fall to Nazi troops.
For much of black America, though, attention focused on the small, East Alabama town of Tuskegee. There, a racial barrier was falling.
Of blacks’ numerous contributions to Allied victory, perhaps none is as compelling as the story of the Tuskegee Airmen. Resisted by the American military at home and enemies abroad, they advanced the civil rights struggle in an area where many doubted they could succeed — in the skies.
Although the airmen’s names are seldom mentioned in war history, Baton Rouge resident Arthur W. Ward knows them well. Ward, a retired Southern University professor, went through wartime pilot training there.
END_OF_DOCUMENT_TOKEN_TO_BE_REPLACED

In 32 missions as a B-17 tail gunner during World War II, Ralph Sims had his share of memorable moments — fighting off attacking German fighter planes, being rocked by anti-aircraft fire,occasionally wondering if the plane would make it back to England.

Sims’ most interesting mission, however, was a little-known bombing and goodwill run named Operation Frantic.