Dachau. Bataan. Katyn. Generations of post-war Americans have grown up knowing about the first two places, but few have heard of the third.

But Sophia Grebocki Denham was aware. She lost her husband there.

“People should know what happened there,” Denham said in 2000.

What happened there was an atrocity.

In early 1940, Poland had been crushed in the vise that began World War II. The previous September, Germany and the Soviet Union, having made a secret agreement, crushed the nation, dividing it in two.

Luciusz Grebocki, Sophia’s husband, was a government worker and reserve army officer captured by the USSR. He was among about 15,000 officers taken to three prison camps.

The Polish officer corps represented much of the nation’s elite — doctors, lawyers, engineers, professors, writers and clergy. This had not escaped Soviet leader Josef Stalin’s notice.

“Stalin … makes selection that all the intelligencia will be killed, the people who are very dangerous to establishing a communist country after the war,” she said. “Those people would have the best influence in a rebuilding country when the war was over.”

The prisoners apparently learned that thousands of Polish nationals were being exiled to the Soviet Union. Grebocki had fought in the 1919-20 Russo-Polish War, so he had reason to fear that his wife would be singled out. He sent a postcard urging his wife to flee to German-occupied territory, though he couldn’t risk writing that plainly.

“My husband wrote, ‘Please go to Mother. I beseech you, go to your Mother’s,’” she said. “He didn’t say where or who the mother was, because the mother could be next village or next town or next house or next street.”

Having sought to protect his wife, Grebocki could not save himself.

Beginning in March 1940, the Soviets began transporting prisoners by train from the Kozielsk prison camp to a forest outside Katyn, a small town just west of Smolensk. When they arrived, the prisoners’ hands were bound behind them with a cord that wrapped around their neck that would choke them if they struggled. Those who yelled had sawdust stuffed into their mouths.

Marched to the edge of trenches that had been dug to serve as mass graves, each was shot in the back of the head with a pistol. More than 4,200 died this way at Katyn. It took until May to complete the executions there. More than 10,000 others at the other two camps were killed at yet-undiscovered locations.

Denham, of course, knew nothing of this at the time. She took her 2-year-old daughter, Maria, and several others seeking an escape to German territory.

“I left everything behind me,” she said. “It was a very risky thing, but we make an agreement with a certain person who will take us across the border. We pay him half on this side, and when we cross the border and are on German side, we will surrender there and tell them we escaped from Soviets. We obviously would get slightly better treatment. I spoke German.”

The group went to a house they rented near the border the night of their planned crossing. At midnight, Soviet secret police surrounded the house and arrested the occupants.

Denham said the officers released the others but took her and Maria away.

“They took me beyond the city somewhere some miles, and there was a long train standing there, a cattle train full of people already waiting for the rest of the people like me, whoever they would catch here,” she said. “They opened the door and pushed me in there and closed the door.

“In the corner of the cattle car there was a tiny little window open. There were already 56 people … They read the verdict to me that I was an enemy of the Soviet system. They knew everything about me.”

Denham said she was sentenced to 10 years of hard labor. When the train ride ended, she was at a collective farm in Kazakhstan.

“In Kazakhstan, we were not getting any help from government or anybody,” she said. “There was no food. Nothing grows there, no vegetables. You worked sometime only hoping that rain would come and maybe wheat will grow. If rain doesn’t come there is no wheat and nothing to eat. It was very poor.”

No one was supposed to know what happened Katyn. That’s the way it is with atrocities. Those who commit them know that history is written by the victors, and they think they would win.

Adolf Hitler, however, double-crossed the USSR. While Denham toiled in Kazakhstan, Germany invaded the Soviet Union in 1941.

When the USSR recruited former Polish soldiers to form units to fight Germany, the Polish government in exile in London inquired as to the fate of 15,000 officers. Their families stopped hearing from them after spring of 1940. Stalin feigned ignorance.

The intermediaries, however, pressed Stalin to send Polish citizens to neutral countries. Denham made her way to Teheran, now the capital of Iran, where American and British forces had a supply corridor that helped keep Russia in the war.

In 1943, Germans controlled the Smolensk area. Residents told them of having heard gunfire in the forest two years before. The German military found cleared areas in the forest where young trees were growing. Digging, they found bodies.

For, Germany it was a propaganda coup. All the corpses were wearing winter clothes, and none of the papers found on the bodies were dated after spring of 1940, more than a year before the Germans arrived. Soviet culpability was obvious.

The Polish government in exile demanded answers from Stalin, who claimed that Germany had committed the atrocity. But the political situation had changed. The Soviets were now fighting the same enemy as America and Britain. Little was said, either in public or behind closed doors.

“When Russia becomes our ally, nobody wants to start being hard on them because we need their soldiers,” Denham said.

On May 13, 1944, she received a telegram saying Luciusz Grebocki’s body had been identified from papers found on his body. She had been a widow for four years.

While in Teheran, she met British Army officer Samuel Denham, who had escaped from the Japanese after the fall of Singapore and had been reassigned to Persia. They married and moved to New Orleans in 1947, then to Baton Rouge in 1955. Samuel Denham died in 1989.

Only after the breakup of the Soviet Union was the truth admitted. In 1992, Premier Boris Yeltsin released secret papers showing that in March 1940, Stalin approved a memo by Lavrenti Beria, head of the Soviet secret police, to execute 14,700 Polish officers, plus 11,000 other Poles in captivity.

In 2000, Sophia Denham was a guest of honor in Washington, D.C., and Baltimore, Maryland, where a five-story monument was being built to the memory of those who died.

“I was the only widow there,” Denham said. “There are only a few in the world.”

Even after all are gone, however, the truth about Katyn lives on. 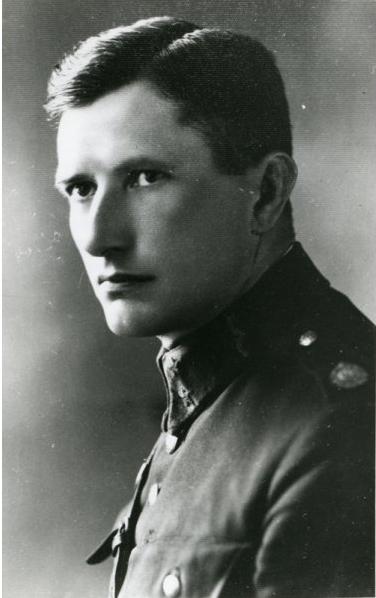